Feds Crack Down on Social Media Abuses in Nursing Homes

In its memo, dated Aug. 5, 2016, CMS orders state survey teams to review nursing home policies and procedures related to social media abuses beginning in September, and continuing until all skilled nursing homes have been inspected. The memo points out that staff training alone is not enough, and that compliance must include plans for implementing daily practices that protect residents’ privacy. The memo defines “staff” as employees, consultants, contractors, volunteers and others who provide care services to residents.

Indeed, a growing number of  reports are exposing horrific examples of staff members taking embarrassing photos and videos of residents, and then sharing them with friends.

ProPublica and the Washington Post have been especially out front on this issue. Here is some background to give you an idea of what is taking place:

In December 2015, reports co-published by ProPublica and the Washington Post revealed startling social media abuses within long-term care facilities. Indeed, the findings initially documented 37 incidents since 2012, exposing nursing home workers across the country for posting embarrassing photos of elderly residents on social media. In some cases, residents were partially or completely naked. At least 16 cases involved Snapchat, a social media platform where photos appear a few seconds, and then disappear.

Details of the incidents came from government reports, court cases and stories in the media.

An excerpt from one report on the ProPublica website:

“In February 2014, a nursing assistant at Prestige Post-Acute and Rehab Center in Centralia, Wash., sent a co-worker a Snapchat video of a resident sitting on a bedside portable toilet with her pants below her knees while laughing and singing.”

This February at Autumn Care Center in Newark, Ohio, a nursing assistant recorded a video of residents lying in bed as they were coached to say, ‘I’m in love with the coco,’ the lyrics of a gangster rap song (‘coco’ is slang for cocaine). Across a female resident’s chest was a banner that read, ‘Got these hoes trained.’ It was shared on Snapchat.”

In the latter case, the woman’s son told federal investigators that his mother had worked as a church secretary for 30 years, and would have been mortified.

In some cases, employees have faced criminal charges.

Meanwhile, in July, the U.S. Office for Civil Rights announced that federal audits have moved into “high gear” under the Health Information Portability and Accountability Act (HIPAA). Those federal audits are in addition to the inspections that state survey teams have now been ordered to conduct. 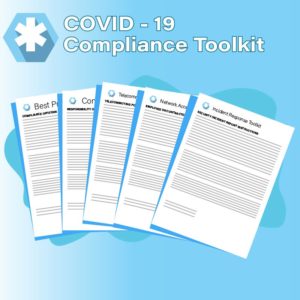